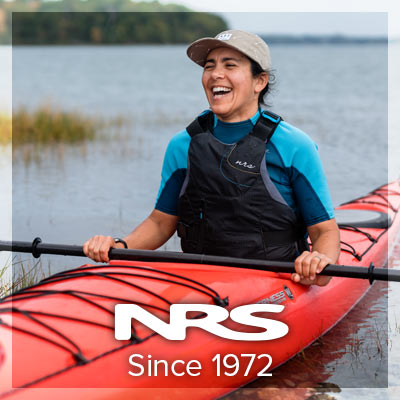 -Kimber Pamp
It all started the summer of 2016.

I had just graduated nursing school and as a present to myself, I booked a guided kayaking trip for my best friend and me. Mind you neither of us had ever kayaked before in our lives. Both of us are pretty adventurous people so we figured, why not?

The trip started with the guides spending half a day showing us the ins and outs of sea kayaking, how to exit, what do to if we flipped, how to get back in the kayaks, and so on. Then we packed our gear and were off.

We paddled across Lake Superior to the Apostle Islands, going straight to the sea caves on Sand Island. I instantly fell in love, looking at and going in the sea caves via kayak was one of the most beautiful sights I had ever seen. The caves were all sorts of shades of brown, red, and tan stone with crystal clear aqua water of Lake Superior. It was truly breathtaking. We camped on and hiked the island before heading back the next day. To say I was sore from my first kayak outing would be an understatement. But that did not stop me from getting my own kayak first thing once I got back home! 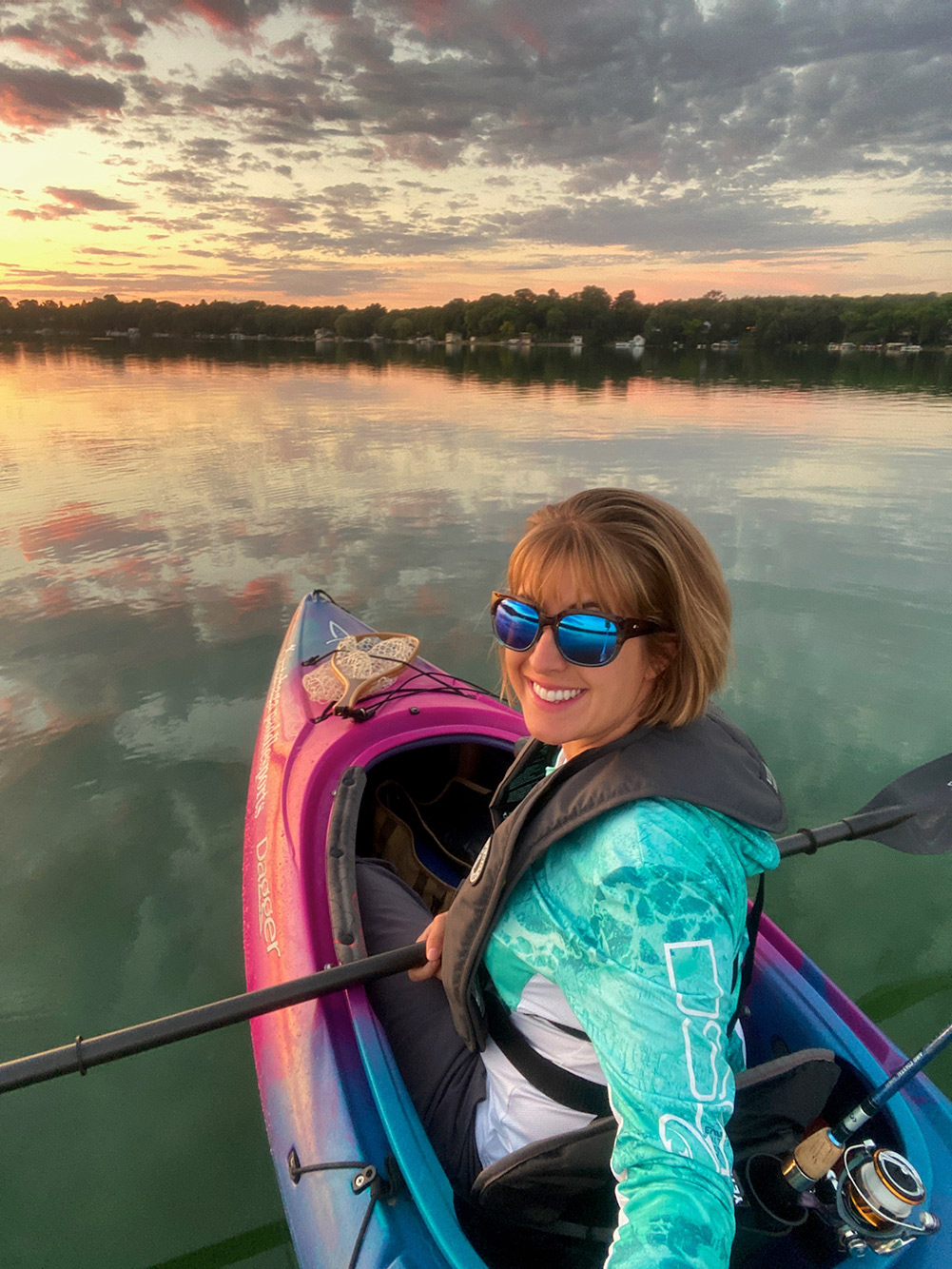 My first kayak was a very inexpensive sit-in kayak. Anytime it was nice out, I was on the water. I purchased a book on places to kayak in southern Wisconsin and would just pick a place and go. Sometimes when I didn't feel like exploring I would just end up at the local lake, float around, reading a book in my kayak in the sunshine with my feet dipped in the water. 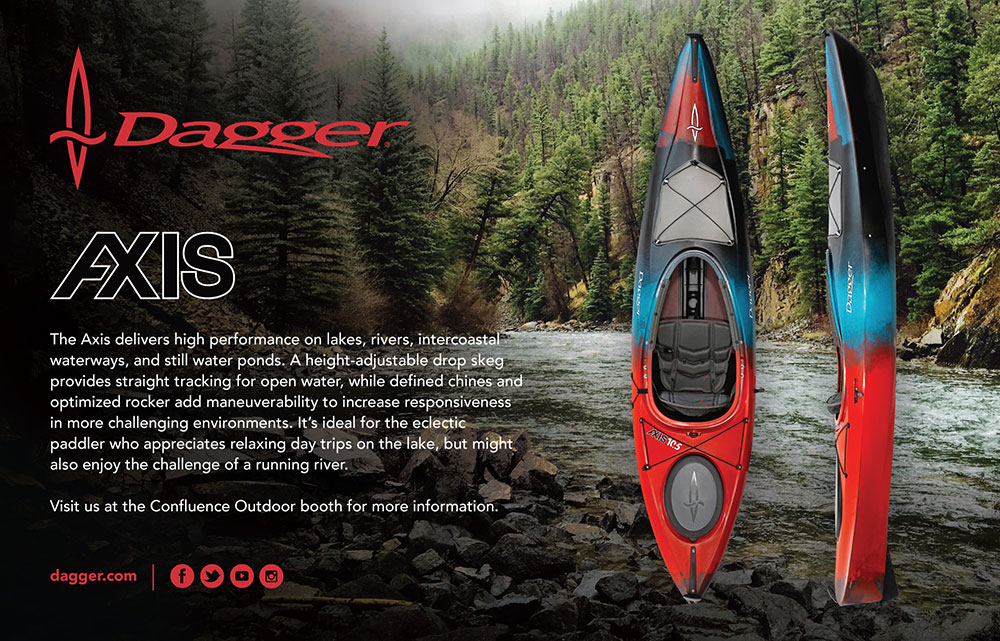 It didn't take long before I started to consider combining two of my favorite hobbies: fishing and kayaking. I have fished my whole life from boats, wading in streams or from shore, so why not do it from a kayak as well. I decided to start by targeting cute little panfish. I packed a pole, tiny little tackle box, small net and some forceps (for fish hook removal). This minimal gear approach worked like a charm. The kayak was great also because you could get into weedy areas that the fish were hanging out in and bigger boats often could not access.

Fishing out of a small sit-in kayak had its challenges. You had to adapt to not having very much space and not being able to move around a lot. If there was any wind at all, it was extremely frustrating. I'm not going to lie and say that there was not a lot of me swearing at first as I got blown into shore and my line tangled in the trees. Eventually I learned to work with the wind, watching the weather so I could time being out when it was the least windy part of the day and letting the wind drift my kayak over areas I wanted to fish. I also learned to set my drag lighter on my poles so that if I did snag something my line would just pull out and I could paddle up and get my lure unhooked instead of snapping my line.

The beauty of people who kayak is that most of them are pretty awesome people. I had someone offer to teach me how to kayak fish on Lake Michigan for big trout and salmon. I was all in. Fishing the Great Lakes was a bucket-list item for me and doing it from a kayak sounded even better. To say I fell in love with fishing on Lake Michigan would be an understatement as I moved closer to this lake this last fall. 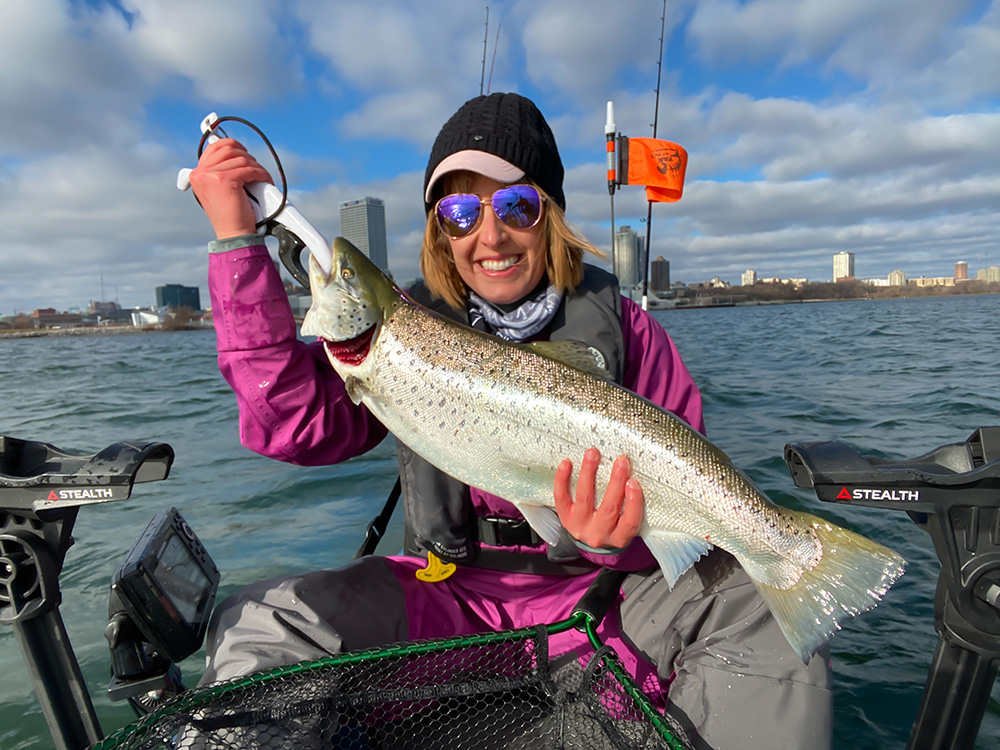 It has been almost 5 years now since the very first time I went kayaking. I still love it just as much and can be found on the water basically any day I am off (weather pending). I often get asked, "Wouldn't you rather just go out fishing in a boat?" Absolutely not. There is something magical about fishing out of a kayak. Stress just melts away when it's just you, the fish, and the water. 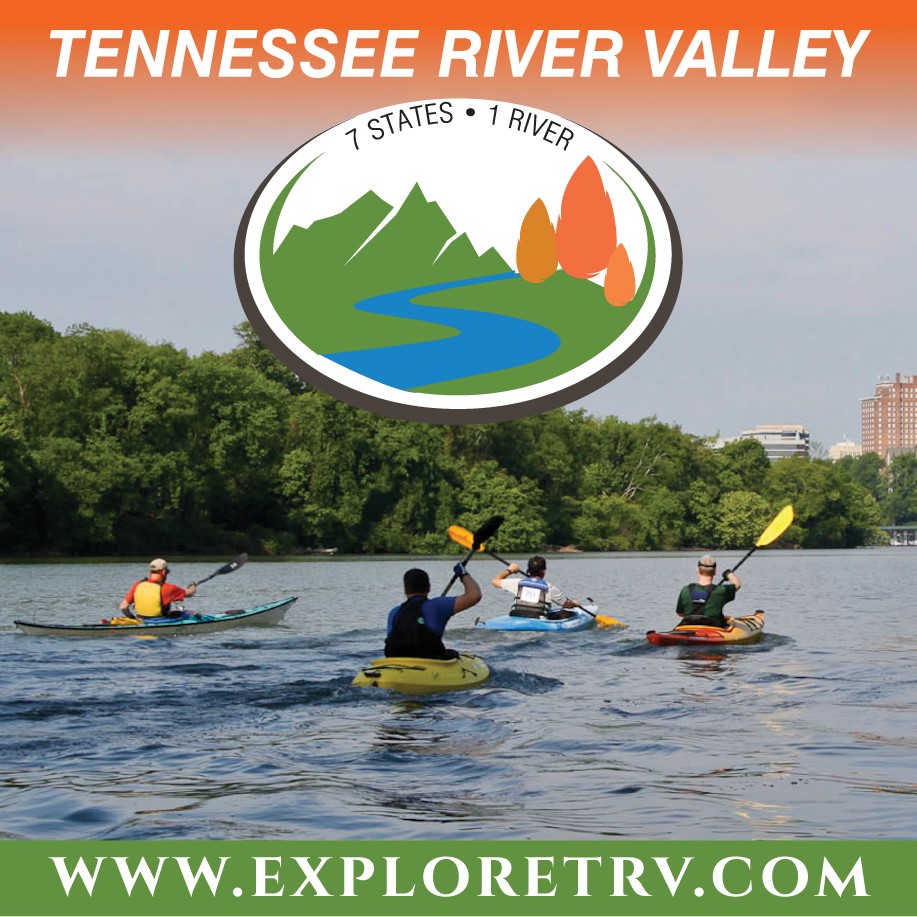